Why is Psycanics a Hard Science?

What is a Science?

A science (noun) is an organized body of knowledge about a particular area of existence. A science is developed over time by the observation of Effects (phenomena and realities) to discover their nature and their Causes, the  understanding of which permits prediction and control of the area, that is, the power to produce the desired results in the area. (Power is the ability to produce the desired results in whatever area of life.)

Science (verb) is the systematic process of discovery and development of a science, also called the scientific method,  scientific investigation, or research.

A technology is the application  of a science to produce the desired results, often in commercial or industrial quantities. A technology is developed through “R&D”: Research and Development.

The golden standard of science is VERIFIABILITY of the results predicted and produced according to the protocol used. Verifiability requires that third parties can test, can repeat the experiments and reproduce the results, thus objectively verifying and confirming the validity of the proposed addition of knowledge to the science.

Why is Psycanics a science?

Psycanics fulfills these definitions perfectly.  It is a well-organized body of knowledge developed over of 50 years of investigation and research (from 1970 -2020). It explains the nature and Cause<>Effects of trans-physical phenomena with which all human beings are intimately familiar: mind, thoughts, emotions, motivation, behaviors (e.g. addictions, compulsion, ego), traumas, phobias, PTSD, relationships, love, and above all happiness versus unhappiness, pain, and suffering. It identifies the true causes of all these phenomena, of all human experience and behaviors.

The Psycanics Being Transformation Technology is the application of the knowledge to psychotherapy resulting in a quantum leap in the effectivity and efficiency of personal change and development.  BTT is a precision system of identifying the root cause of any negative experience or behavior within the Being, discharging the causal energy, and creating the positive energies that produce the desired change in experience or behavior.  BTT is precise, certain, and fast.  Most negative experiences can be eliminated in one to a few hours of the procedure.

Informally, science is divided into hard and soft sciences.  Note that “hard” and “soft” have nothing to do with the complexity of the science nor with the difficulty of learning it. The major distinction between the two types of science is a matter of how easily and rigorously a hypothesis can be stated, tested, and then accepted or rejected.

A hard science is one where there is observation of objective phenomena visible to all observers, which phenomena can be measured mathematically; and there can be a definitive expression of the principles, laws, and formulas describing the area. Examples of the hard sciences include physics, mathematics, chemistry, biology, medicine, astronomy, geology, thermodynamics, aerodynamics, hydrodynamics, and meteorology.

A soft science is one where the phenomena are more intangible and variable, more difficult to measure mathematically, and where the laws and principles, where they can be stated at all, tend to be vague and with many exceptions.  Soft science phenomena and experiments are more difficult to reproduce and therefore to verify the laws and principles. The soft sciences include philosophy, psychology, sociology, anthropology, and some aspects of archaeology.  Note that these all deal with human beings, with whom there is huge variability in behaviors and thus it is difficult to establish the definitive principles and laws found in the hard sciences.

Psycanics is the evolution of psychology and some of philosophy (ontology) into a hard science.   Although its measured phenomena are not externally visible to all observers as in the physical sciences, all observers have and experience its phenomena and can observe them within themselves, as well as in others. The phenomena of Psycanics are the trans-physical energies that cause internal human experience and drive external behaviors.

As do all sciences, Psycanics has a dictionary of technical terms. You will find some of them in the Glossary. Just reading the Glossary will give you an idea of what Psycanics is as a science. 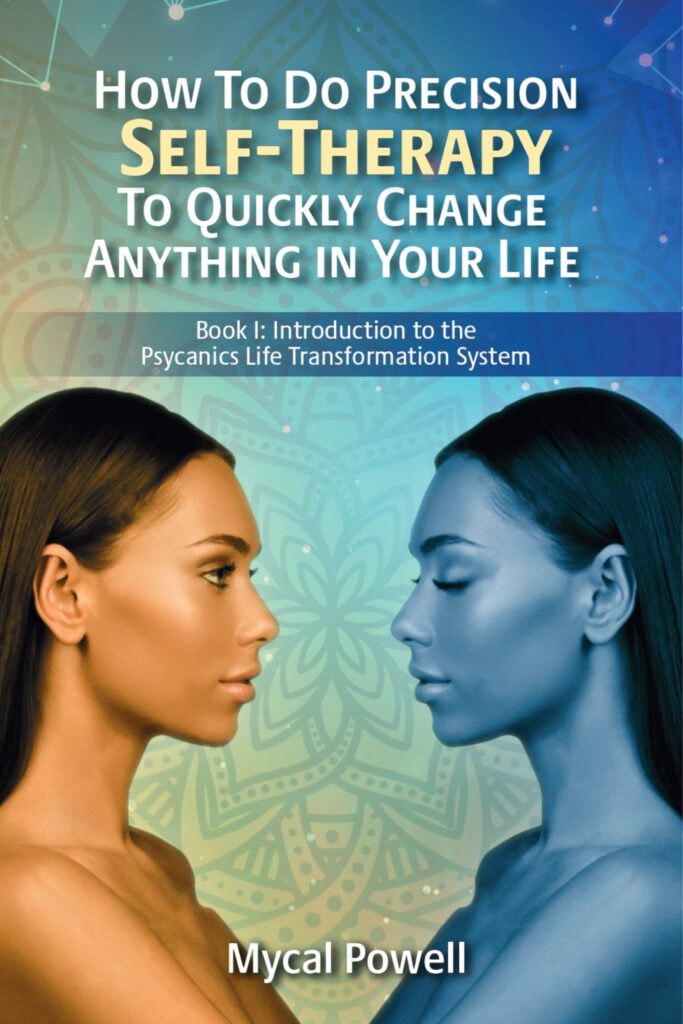 Buy Now!
Previous
Next Page: You Are the CREATOR of Your Life
Home / Index
Newsletter
Facebook-f
Youtube